Winter is hard enough on plants with all the freezing and thawing, and subzero weather, but we also have to make sure, when we design a garden, that our plants will be out of the way of the snow plow. One of the first questions I ask a new client in this area is, where does the snow end up when the driveway or sidewalks are plowed? Generally speaking they are unable to answer me. Winter is the perfect time to go outside and photograph the piles of snow that are plowed along driveways and sidewalks. It’s easy to forget when the lushness of summer comes, exactly how large the snow piles can grow and where they end up. Having a good photographic record will help you figure out the areas to avoid planting. Late winter, after the snow has accumulated from the many storms, is the ideal time to take photographs so that you document the most extreme amounts. I have some banks of snow that are twelve to fifteen feet deep and 6’- 8’ feet high. It doesn’t mean you can’t have plants in those areas, but you do want to avoid planting trees and shrubs, because they are more likely to be damaged by the plow. Along my drive I have perennials borders that receive many feet of snow, but the perennial plants are cut back in the fall and the snow that ends up on these beds does not destroy the plants.
Last fall, I grabbed some Ilex winterberry in a fall sale and planted a few of them at the bottom of my drive quite a distance from the curve in the driveway. After the first big snowfall of 10 inches, I noticed that the plow had pushed the snow into one of the shrubs. The plant is still alive, but I will need to move it in the spring. I encourage you to keep good snow records because, if you’re like me, you won’t want to have any memory of winter, once it’s over! 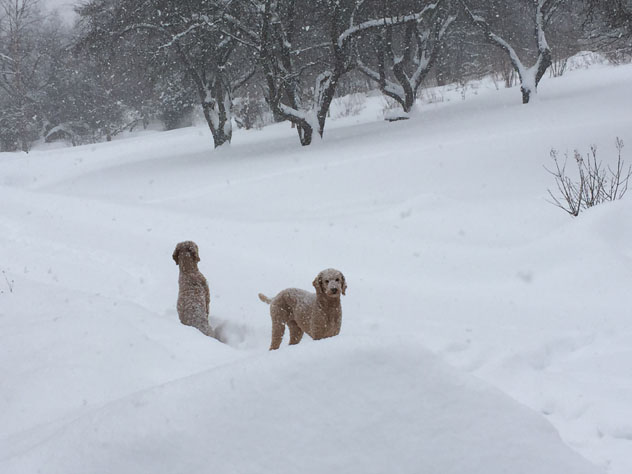 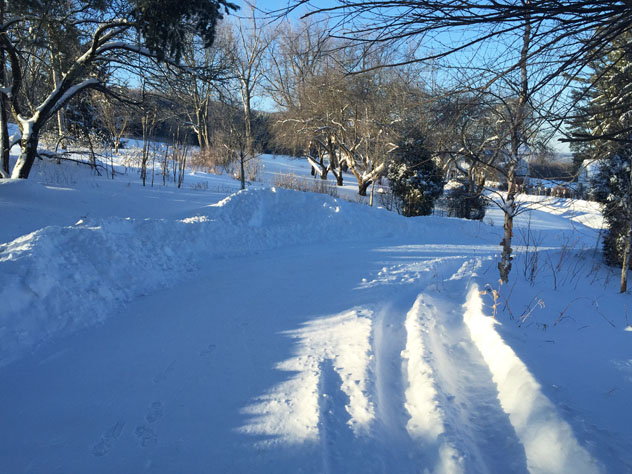 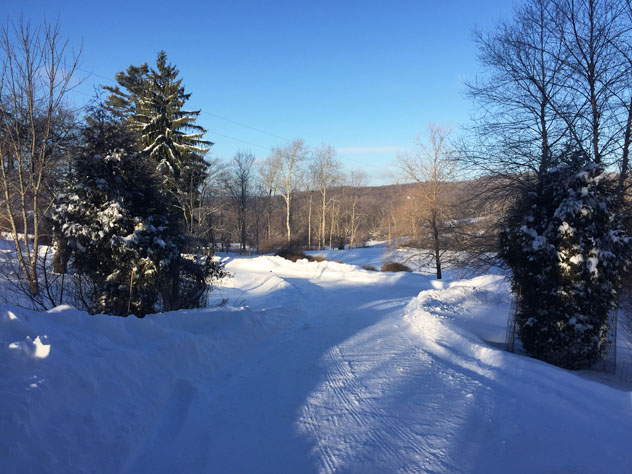 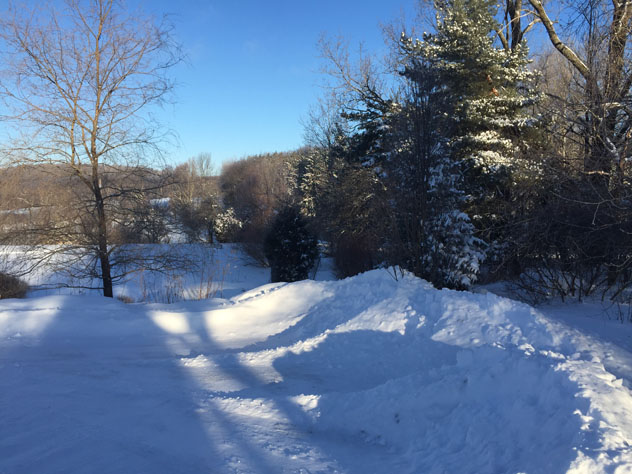 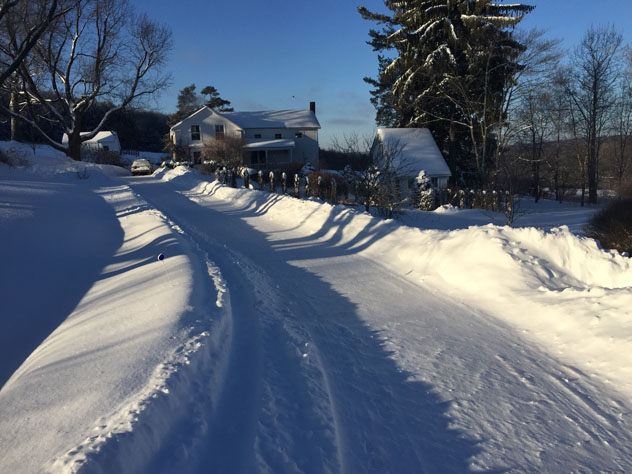 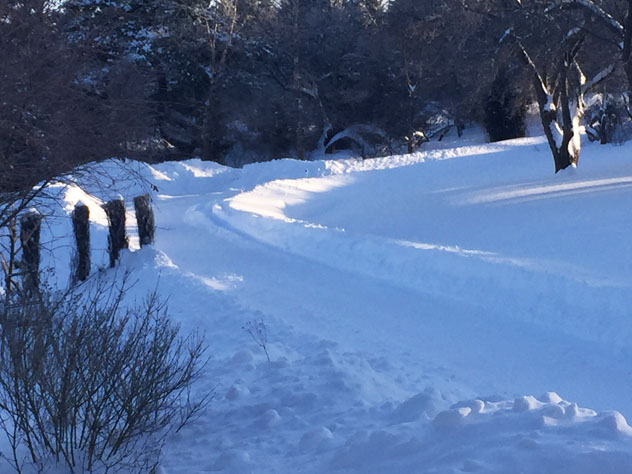 planting beds along drive-perennials cut back in autumn 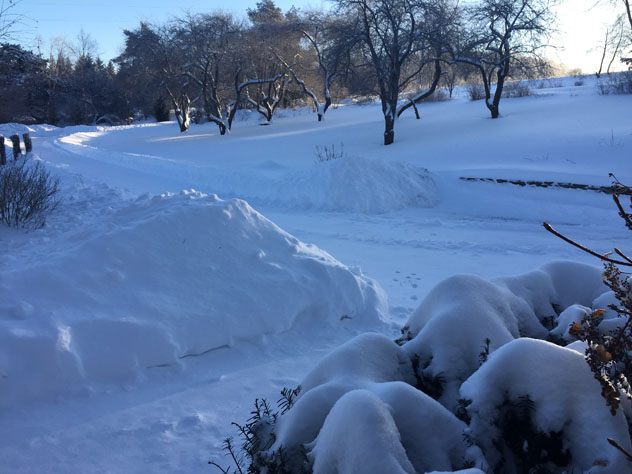 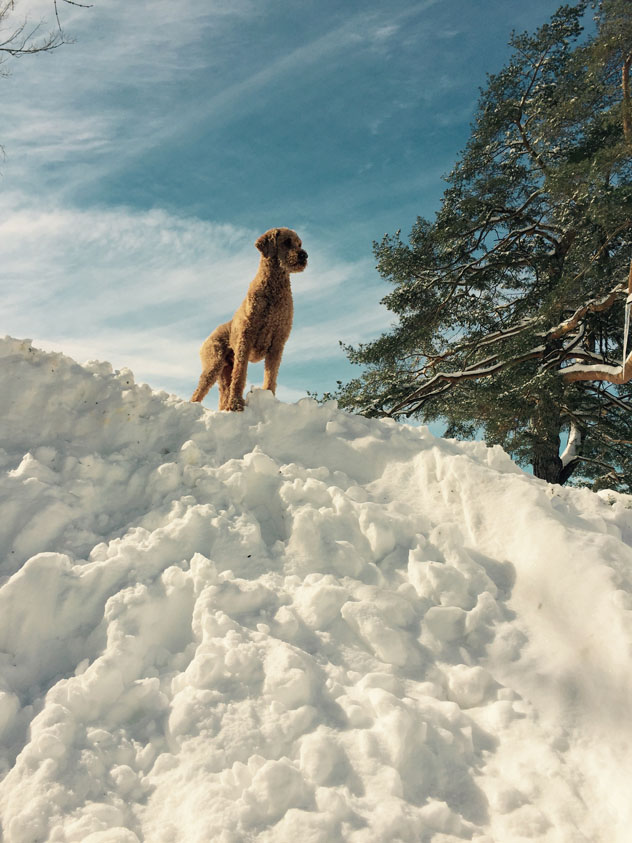