It’s been a battle all week for spring to take its rightful place, but winter will not back down. Here in upstate New York this is the norm. What was unusual was the 10 days in early March of 70 plus degree weather. I got a jump on my spring chores including getting a delivery of 5 yards of double shredded mulch.  I also managed to weed many of the beds and mulched about a 1/3 of the garden before we had two small snow falls. I have to say I don’t mind the reprieve.

The girls arrived! 10 pullets – 6 Buff Orpingtons, 2 Plymouth Rocks and two mixed Australorps. They are still nervous to go outside after Ruby, our not so small poodle, rushed the fence and sent one of them flying onto the roof. Word got around the coop and nobody wants to venture out now. Each morning when I feed them they huddle around me brushing against my leg while I pour the feed into their tray. I like chickens and they seem to be getting to know me.

I have several spring projects planned for their fenced in yard which will be posted here in the coming weeks.  In the mean time we have our work cut out as we will be training both dogs to stay away from the chickens. 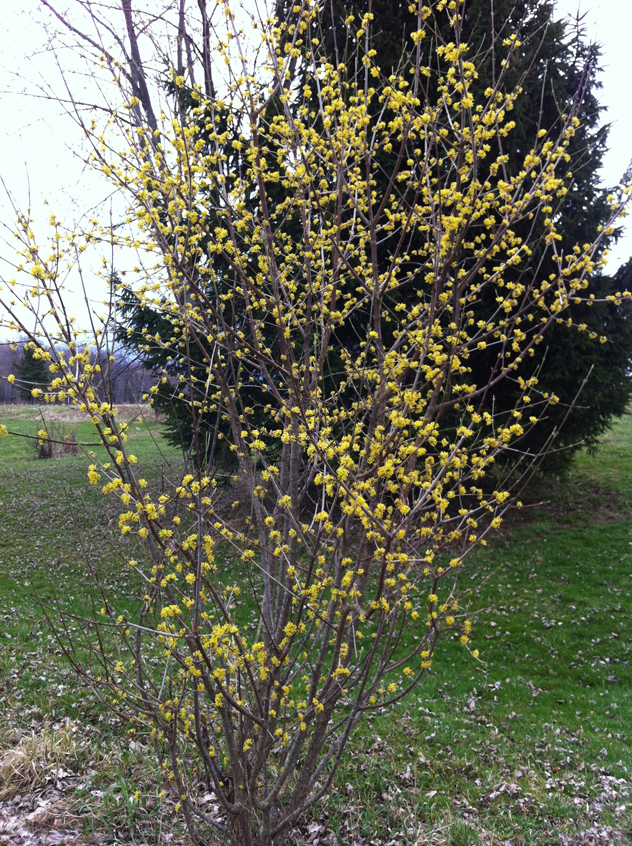 French Pussy willow catkins- it was all about willows in early spring! 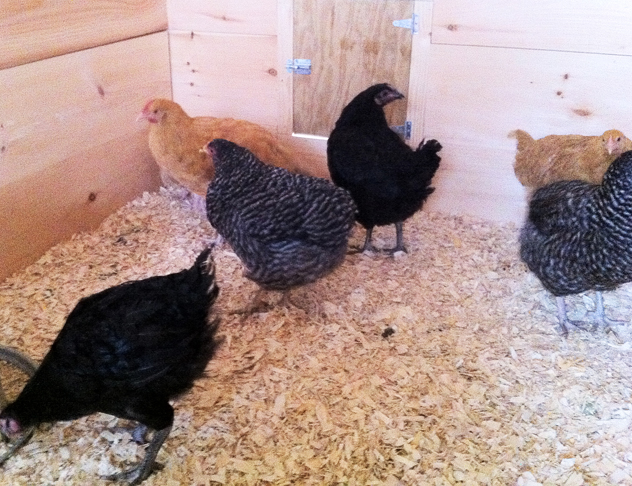