It’s late February and the light says spring is near, but the weather still says its winter. The birds and I are both in a state. We can taste spring, but we cannot see it. In an effort to move time, I am planning new projects for the garden and I found two books that are inspiring these plans.

The first is called Stickwork by the sculpture Patrick Dougherty. I recently saw one of Dougherty’s tall willow sculptures at Brooklyn Botanical Gardens.   Taking the art of weaving  to another level, he has worked all over the world, making these large organic sculptures out of willow branches.  I hope to build a large willow woven form out in a field someday, but I am going to start with a project that will not require scaffolding by making some small living willow tunnel forms for my chickens. My hope is that they will both perch on top of the structure and be able to shelter underneath for protection. We have plenty birds of prey here that will be only too happy to feast on a fresh Buff Orpington chicken. 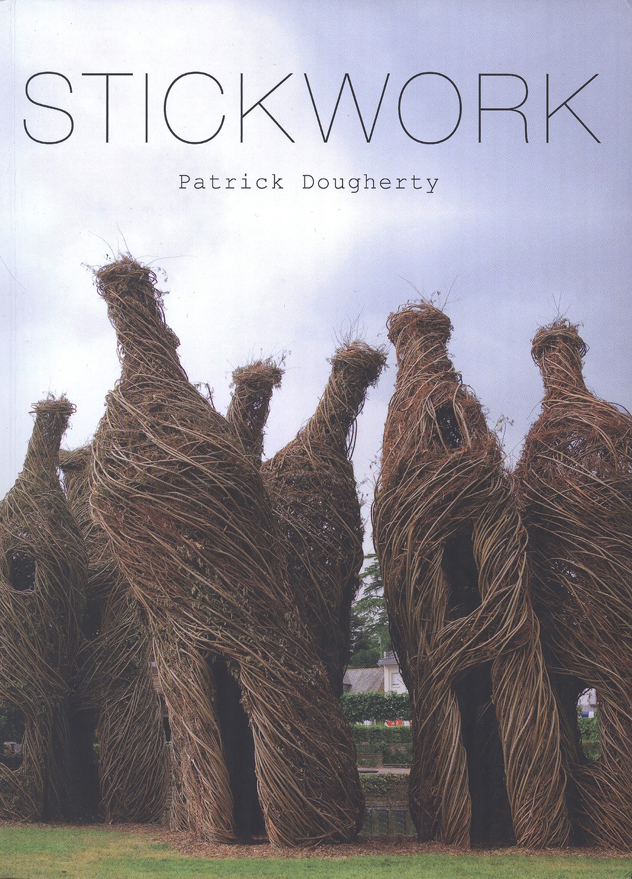 The second book that is helping me dream is called The Barn Garden which features Tom and Sue Stuart–Smith’s garden in Hertfordshire, England. I discovered Tom Stuart-Smith’s work at the Chelsea Flower Show several years ago and he instantly became one of my favorite garden designers. This book is about the making of his garden. It’s beyond beautiful and I recommend it to anyone who wants to see one of the best current designers at work. You should also check out his website: click here

The Barn Garden by Tom and Sue Stuart-Smith