When I first started laying out the garden I created an allee of a six Taxus cuspidata. I bought the plants already quite large, six foot tall by five feet wide, perfect pyramidal shapes that added a formality to an otherwise immature garden. I loved them. Each fall, I would protect them from the deer by wrapping them in wire cages. Yew are poisonous generally, but not to deer it seems who if given half a chance like to munch on them when everything else is dormant and covered in snow. Each autumn, it was quite a performance getting them wrapped but it was worth it.

This last winter, I looked out my window to see several of the yews were stripped of their needles from the ground up leaving four feet at least of chewed bare branches. I am not sure exactly how it happened, but I suspect it was something to do with the fourteen deer I kept counting in the garden. I lost my dog Otto the spring before. For years his deep bark had kept the deer away. Without his vigilante protection the deer felt confident to help themselves.

So my love affair with Yews is over and I have come to thank the deer that destroyed them. When the garden was new they provided height and structure but fifteen years on there are many mature plants to give form and the garden has a lightness and many layers of different texture that I couldn’t see while the yews were there. Now there is less to do at the end of the season and an unforeseen cohesion has revealed itself. Nothing stays the same and sometimes it gets better. 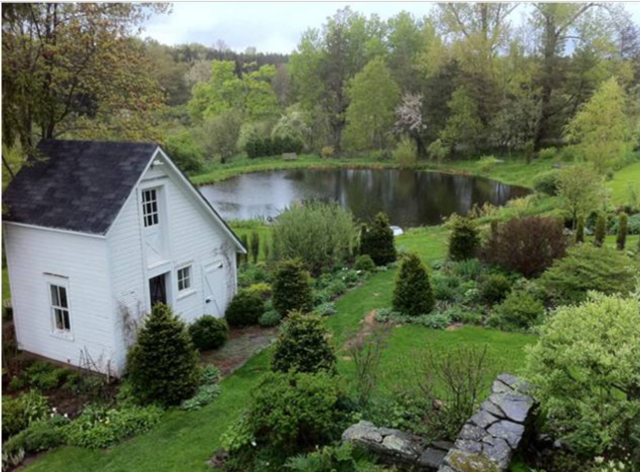 Taxus cuspidata- shortly after planting them.

This entry was posted in Evergreens, Meadows and tagged Taxus cuspidata, Totem farm. Bookmark the permalink.

8 Responses to Living without Yew